Ketamine for the Treatment of Alcohol Addiction 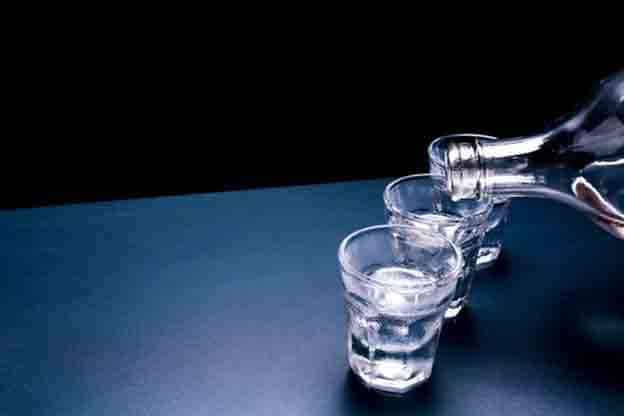 Behavioral therapy is the cornerstone treatment for many mental health conditions. It is, however, often considered to be a long and tedious process. People seeking to recover from conditions like depression, PTSD, bipolar tendencies, and alcohol addiction wish to see quick and lasting results from their efforts. Even with tangible progress, many feel anxious about an eventual relapse. Science acknowledges these fears as valid and a significant obstacle in curbing substance use.To improve on existing therapy regimens, neuroscientists have been searching for new pharmacological options.

In their efforts concerning alcohol addiction recovery, they have come across an exciting new discovery: ketamine.

Before its relevance in treating mental health conditions, ketamine was mainly used for surgical sedation and pain management for the past several decades. The peculiar phenomenon of mind-body dissociation is one of ketamine’s most unique and interesting effects. The drug is now found to be a breakthrough treatment in the treatment of depression.
Presently scientists are exploring how ketamine might help in disrupting the chronic neurobiological drive that characterizes substance addiction. There is already significant research material which backs its considerable efficacy in this area.

Ketamine in Traditional Use

Ketamine has already been around for nearly seven decades. The anesthetic drug first became commercially available in 1970.

As a Surgical Anesthetic:
It is still recognized and applied widely in its traditional use as an effective anesthetic for surgical procedures. It works as a fast-onset, short-acting drug that preserves optimal heart and lung function during surgery. Patients under the influence of ketamine experience “dissociative” anesthesia. This means that the person appears wide awake, but is actually incapable of feeling pain or registering memory.

As a Recreational Drug:
Not the most conventional drug by any standards, the medicine has also met with due appreciation in the recreational drug scene. Club-goers and trip-seekers
have, at length, utilized the unique effects of the drug to ‘disconnect’ from reality and experience euphoria or hallucinations.

Ketamine Use in Alcohol Addiction

The target of this medication for both the treatment of addiction and as an anesthetic is a receptor in the brain known as the NMDA receptor. This receptor is present in the pathways concerned with memory and learning. By blocking these receptors, ketamine disrupts the process by which memory is integrated into the brain. This allows a person to break away from the specific triggers and patterns associated with addiction. Ketamine further facilitates the release of serotonin to produce an anti-depressant effect. It is possible that the subsequent stabilization of mood also aids easier recovery.

How Ketamine Differs from Older Treatments?

To understand the depth and breadth of this novel treatment option, let us take a brief look at the brain science behind addiction.

Reward System:
Our brains are wired to make us crave stimuli and behaviors that produce pleasurable feelings. These can range from eating something delicious to watching our favorite team on TV or reading a good book. The pleasure derived therein is a ‘reward’ that motivates us to pursue these things repeatedly.

Compulsive Behavior:
Addiction or compulsive substance use is a learned behavior that takes over these brain processes. As a result, the high of a drug – or the buzz of alcohol, in
our case – becomes the reward that motivates us to seek it continually. This urge is outside of a person’s voluntary control. Resisting makes one feel irritable, anxious, or apathetic, and the cycle of seeking and consuming starts anew.

Memory:
Gradually, the mind banks up a whole cache of ‘Maladaptive Reward Memories’ or MRMs. These memories can later force the addict to compulsively indulge in their need even after they have attempted abstinence or detox.

A person struggling with alcohol dependency is especially likely to come in contact with the plentiful social and external stimuli related to alcohol. As soon as they do, the MRM surfaces to the forefront of their awareness. It compels the person to give in to the urge once again and update the memory with new information.

It is at this level that ketamine disrupts the addiction process. Researchers conducting a study to test this effect noted a maximum therapeutic effect when the drug was administered just after activation of the memory. This establishes ketamine’s interference with memory formation. With ketamine, the surfaced Maladaptive Reward Memory (MRM) is blocked and discarded. Harmful compulsive behavior fails to be generated. In time, the brain simply rewrites these memories. In this way, ketamine imparts a lasting effect in reversing addiction as opposed to the conditional way in which conventional therapies work.

It is important to note that ketamine should not be considered a go-to miracle cure for alcohol addiction. In keeping with a harm reduction approach, its role in addiction is primarily to assist and overcome the obstacles and stigmas hindering full treatment. It should be used in a carefully monitored, individualized, and regulated manner to minimize harm.

Additionally, traditional modalities like behavioral therapy are necessary to supplement and maintain the positive effects achieved by the medication. They further help in the identification and reversal of underlying reasons for the development of addiction in the first place.

We use cookies to ensure that we give you the best experience on our website. If you continue to use this site we will assume that you are happy with it.OKAY